skip to main | skip to sidebar

Finally, it's a driver again :)
After just a littlebit more then a week, ray's bus is slammed and ready for MOT!
We did more then nessecary, but when everything has to be detached for lowering, it's easier to install new parts when you're working on it.

We raised the front a little for tomorrow, as soon the car has licenseplates, the bus will get closer to the ground again!

In the meanwhile, My friend Michel mounted a set of OG 5,5 and 6X15 fuchswheels on his Porsche 944 calipers that I mounted weeks ago on his earlybay.
Looks killer, much much better then the teledials ;) 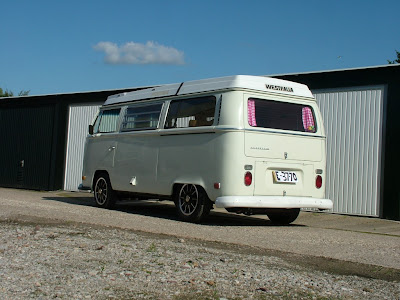 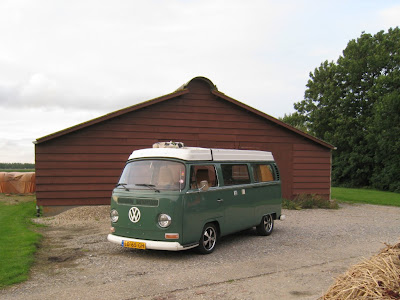